The calculus toolbox is a set of scripts and utilities for generating customized Isabelle theory files for user defined display calculi and Scala classes that provide a user interface for working with said calculi.

The tools folder contains the core scripts used for generating the Isabelle theory files and the Scala UI. Detailed description of these tools can be found in the Utilities section.

The second category of the calculus toolbox functionality is the Scala UI, which provides a graphical way of manipulating sequents and proof trees of the generated calculus. The UI provides the following functionality:

The UI is further documented in the Scala UI section.

To get started quickly, this tutorial will guide you through the process of generating a custom calculus. If you have not yet downloaded the calculus toolbox, you can get the zip file or just use git and clone the project with:

This name is used in all the Isabelle theory files and Scala classes.

To get a better idea of what the other specified parameters in the definition of Atprop, Formula and Formula_Bin_Op mean, let’s have a look at the the Isabelle definitions, generated from the JSON snippet above.

The parameter isabelle together with precedence (in the JSON file) specify the syntactic sugar of the defined terms in Isabelle. Either/both of the parameters can be omitted as in the case of the constructor/term Atprop in the datatype/type Atprop.

(To see the corresponding JSON entries for these types, check default.json)

The first code snippet generates the Isabelle definition of the form datatype RuleZer = Id, whilst the second code snippet is the actual encoding of the rule (in ASCII), which is parsed and translated into Isabelle.

All the rules in the JSON file are encoded as lists of sequents, where the first sequent is the rule conclusion (the bottom part), and all the subsequent sequents are the premises (the list must contain a premise and at least one conclusion). For example, the binary rule for an implication in the antecedent of a sequent is the following:

And the corresponding JSON encoding:

Lastly, notice that all the rules are encoded with the free variable constructors that we defined in the previous step. The free variables stand as placeholders for concrete terms. They can be thought of as equivalent to the Isabelle meta-variables in the shallow embedding of the calculus and even though they are part of the calculus, they are not used for anything besides pattern matching and transforming sequent in rule application. Indeed, any sequent with free variables within a concrete proof tree will automatically be invalid.

For a list of optional flags and arguments run ./build.py -h. If you get compilation errors, please refer to the troubleshooting page.

This build command is different to the previous one and it does not generate any new code (it simply recompiles everything, now with the addition of the Scala UI). Once eveything has been compiled without errors, run:

You should see the following screen: 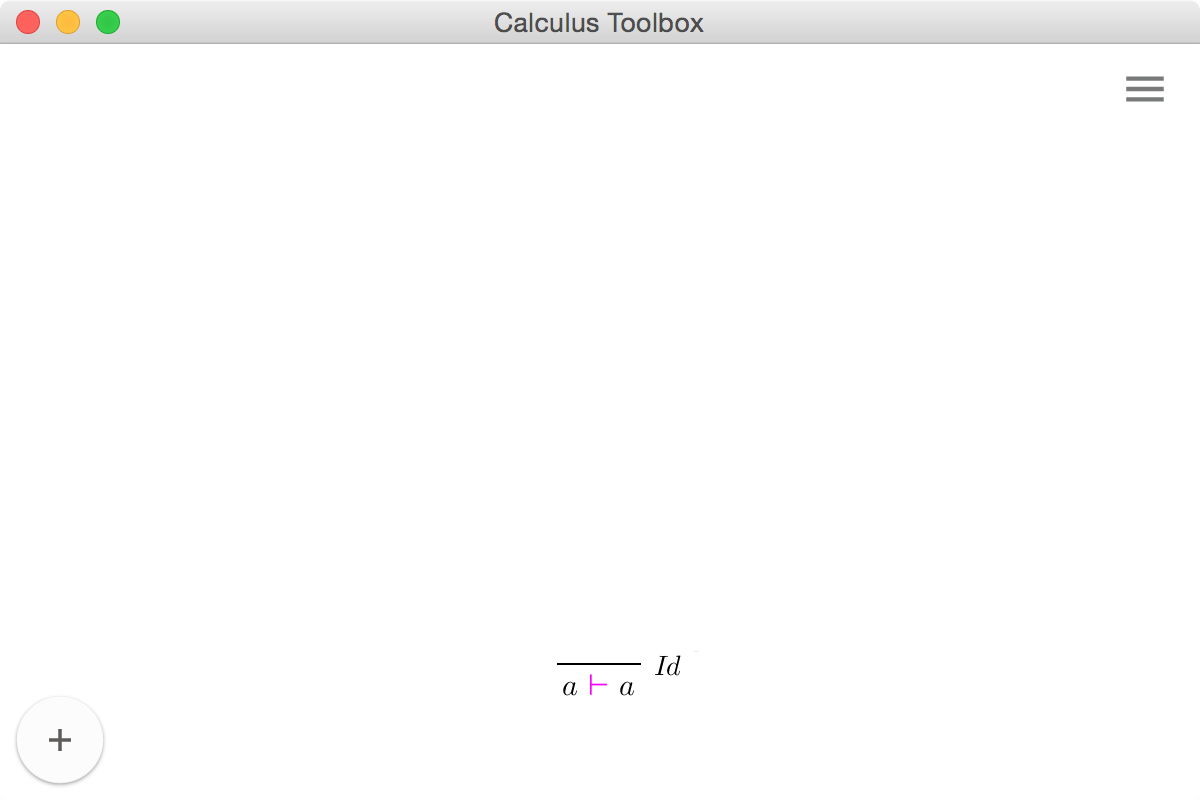